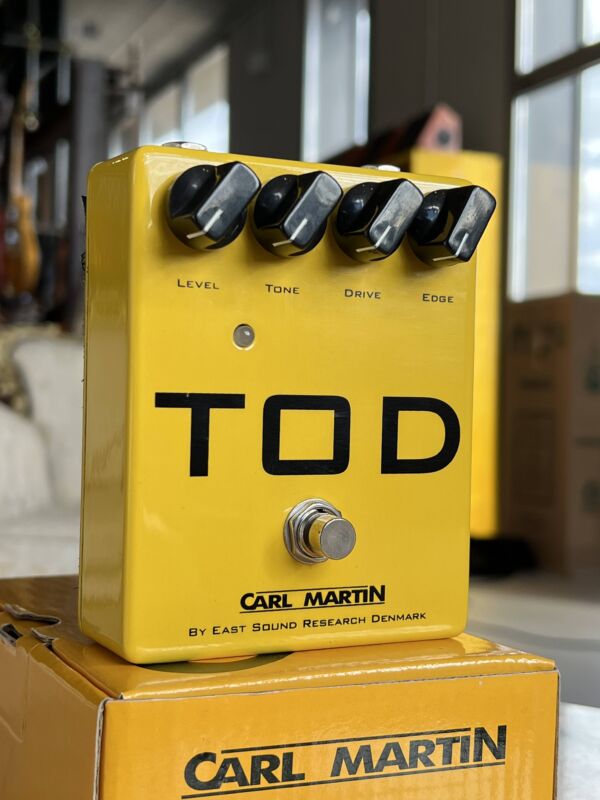 The new Classic Series high gain overdrive TOD, was originally designed as the Limited Edition Dizzy Drive….a project which celebrated the reunion tour of top Danish touring act Dizzy Mizz Lizzy. When the band was originally peaking in the early 80`s, guitarist Tim Christensen was using a Boss Turbo Overdrive into his Marshall Stack, so the plan was to create an updated and improved version of Tim’s original sound. He required the same tonal quality but `phatter` and with more headroom. There were only 500 original Dizzy Drives built which sold out very quickly in Denmark and Japan, so it seemed only right that we re-release the pedal in Classic Yellow. As Carl said….`it would have been a shame to not make this pedal available to everyone! The new Classic Series TOD, is small, pedal-board friendly, and housed in a die-cast case with 4 knobs and one switch.